Yesterday was supposed to be a bright passage of the International Space Station - but clouds got in the way.  This morning, the sky was clear. 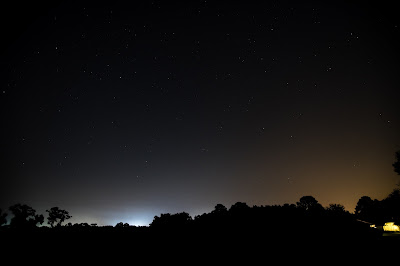 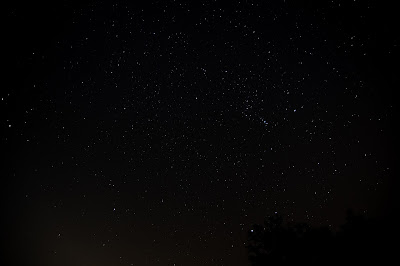 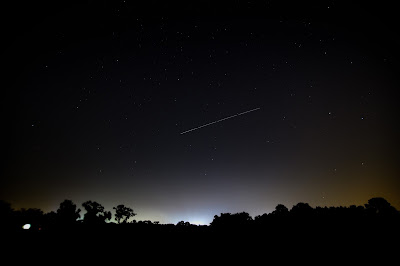 International Space Station under over Polaris.  Overlay of 4 10 sec exposures 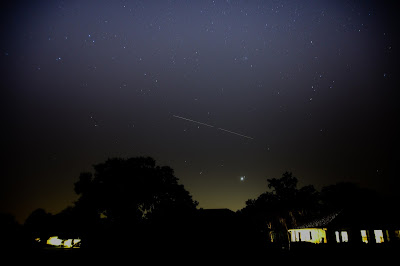 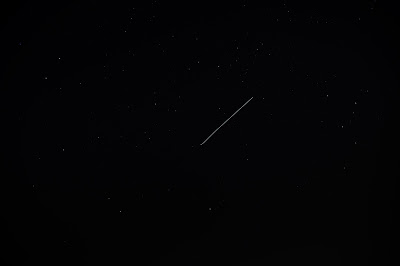 20 sec exposure of the ISS transit 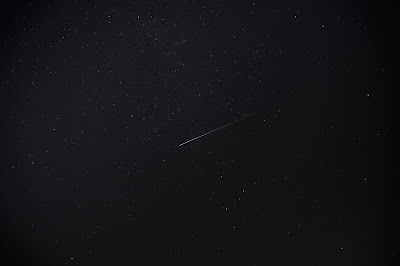 ISS transit as is passes into the earth's shadow - i.e. the earth is between the ISS and the sun. 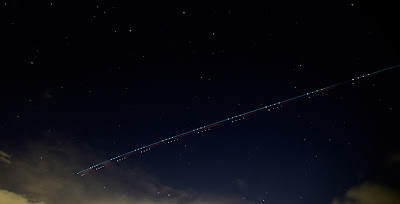 A calibration - distinguishing an aircraft from the ISS.  The aircraft has blinking lights at the tips of each wing and appears as this.   The ISS has no visible running lights so all I see is the reflected sun light