I've been watching this family of Great Blue Herons since mid January.  The kids appear to be almost adult and their eating behavior is quite interesting to watch - as though they are trying to eat their mom or eat each other.  Here are the photos and videos: 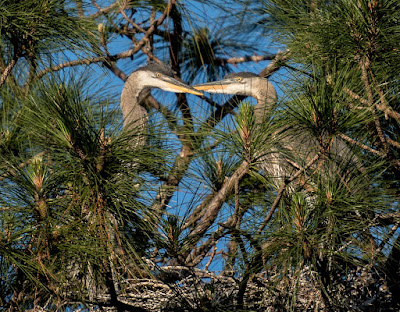 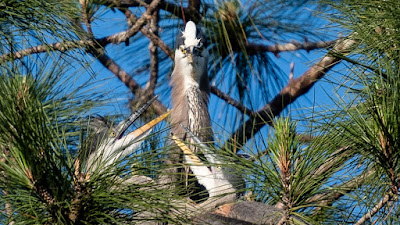 With mouths open, the chick start what appears to be biting mom's beak and biting each other -  a puzzle to me 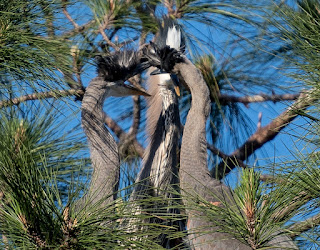 Easier to get the idea in a video:


Here the chicks have pulled mom down, I suppose to grab something to eat 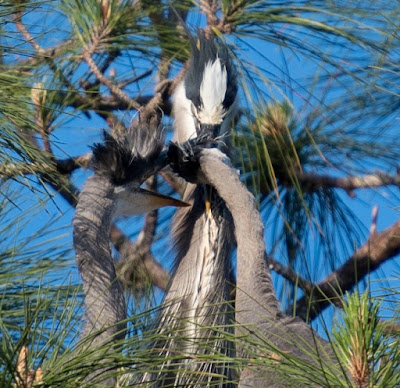 A maze of beaks - mom in the middle 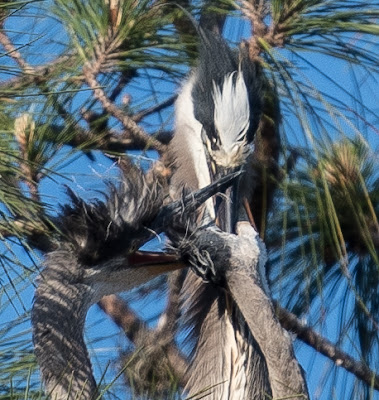 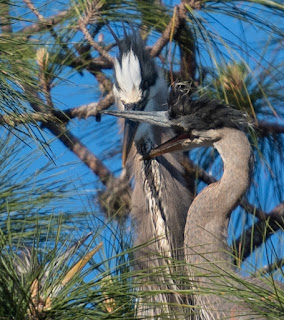 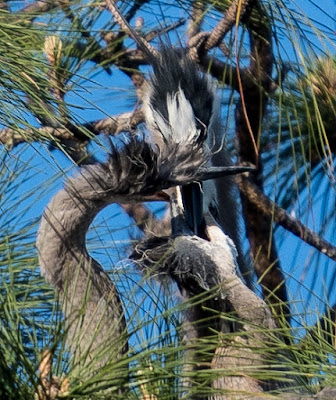 Finally breakfast is over 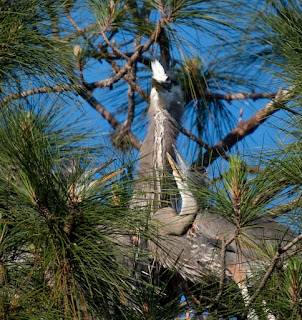 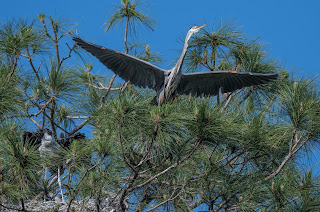 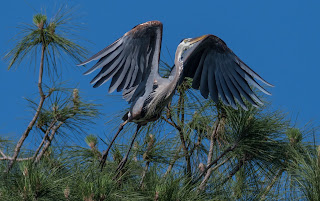 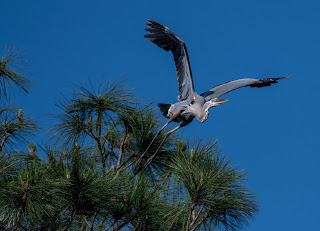 Meanwhile, back in the nest, the kids stand erect and sort of vibrate their throats: