First the kids are playing and watching.  At 0:30 they start their begging sounds and soon after mom arrives.  Did they see her or did she hear them.  The begging started abruptly so I suspect they saw her coming.  They do their feeding thing (beak biting and pulling mom's head down) until 2:40.  At this time,  mom appears to have regurgitated a large piece of fish, hold it in her mouth and then deposits it on the floor of their nest.  She tires of all the noise, so she sneaks off to the right, and departs.

April 27, 2017
These not so small chicks (6 weeks old) appear to know when mom is coming -  Enough so that I can start a video before she arrives and capture the entire feeding episode.  At 2:40, she regurgitates something (probably fish) and holds it in her mouth before placing it on the floor of the nest.

April 28, 2017
This morning, the chicks reacted to mom's coming ( I could not see her approaching, though). Initially they were erect, and when they sensed mom approaching the assumed a crouching position, I assume so they could fight of whatever she regurgitates.

Some photos of the Great Blue Heron 6 week old chicks 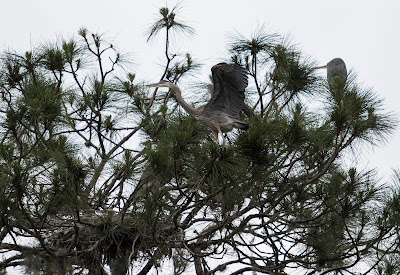 Two chicks having a discussion 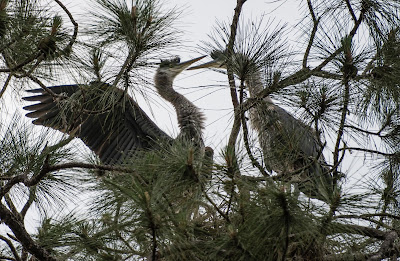 Green Heron Series - I've found a green heron nest under the great blue heron nest.  The male and female have built a nest and she has produced 1 egg.  Here are some photos of the mom, dad and nest 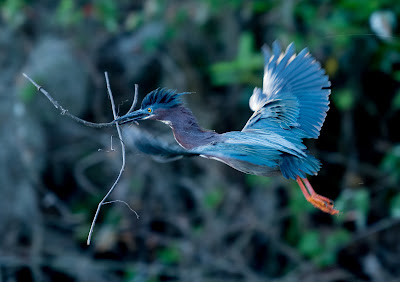 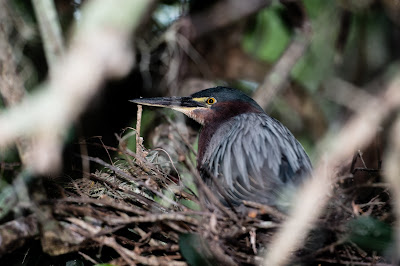 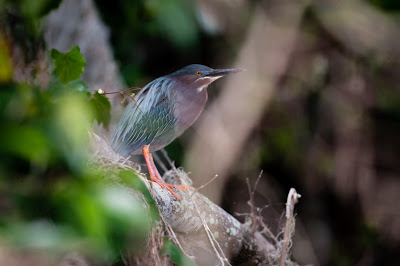 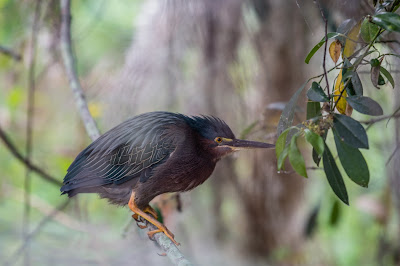