After watching early nest building, pairing  and mating of Great Blue Herons, the next activity seems to be the male searching for suitable twigs and moss while the female weaves them into the nest.

Time lapse video of harvesting a twig with Spanish moss 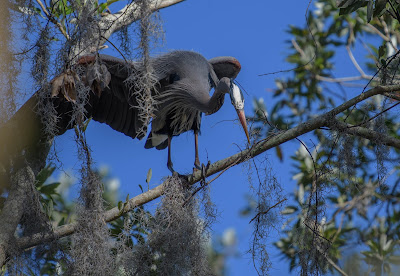 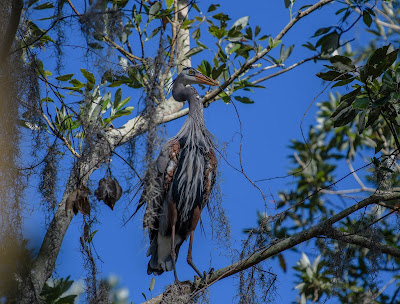 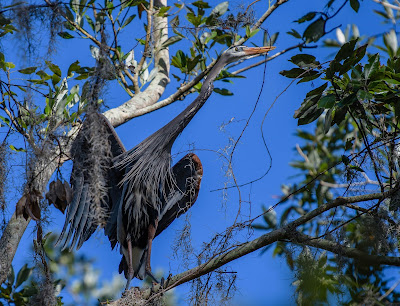 Wrestling with a twig 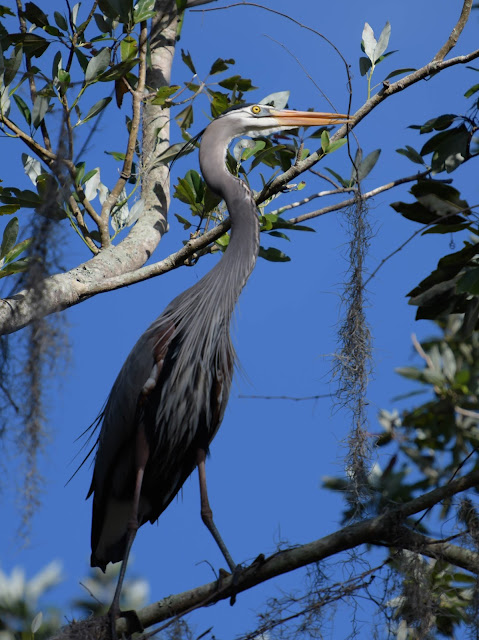 Holding a twig with Spanish moss, I suppose to make a comfy interior of the nest 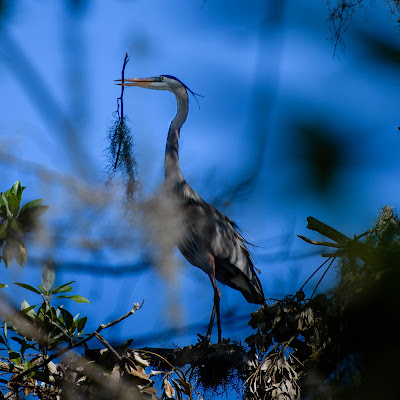 I love the lighting of this image 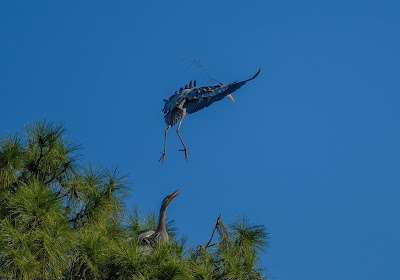 Once the twig is harvested, the male returns holding the twig in his mandibles 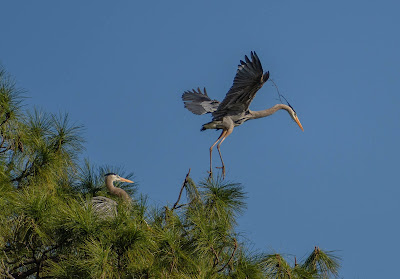 Landing with a twig 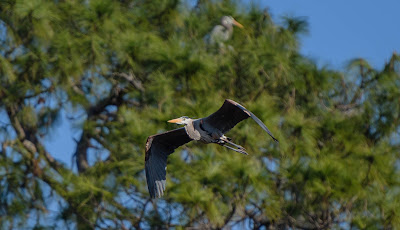 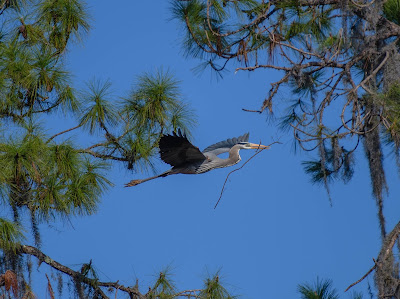 Returning with a long twig 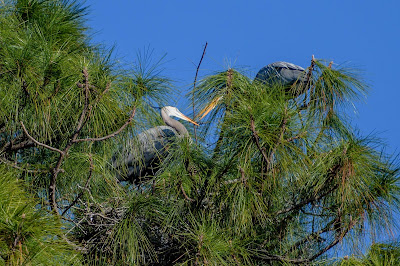 Passing the twig to the female 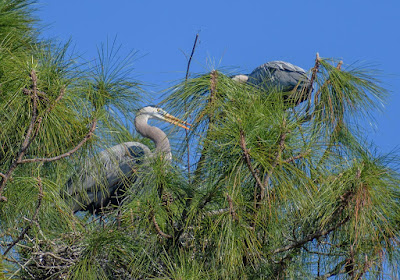 The female takes the twig 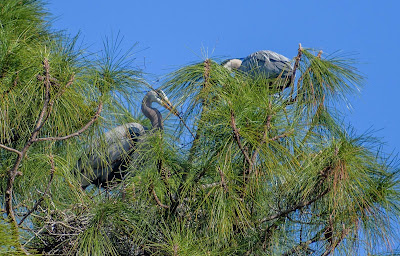 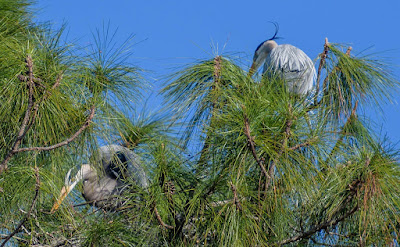 And weaves it into her nest