Its December, early as I remember, for the mating game to start.  By chance, I noticed a tree filled with Great Blue Herons sort of squawking at each other and prancing around.   I went to last year's tree and there were 3 Great Blue Herons, standing at attention and waiting (I suppose for a partner).  These observations triggered a new series about mating behavior of great blue herons.  This starts a series about Great Blue Heron mating, nest building and raising kids. 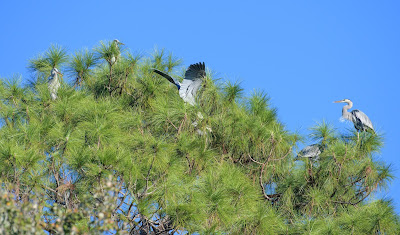 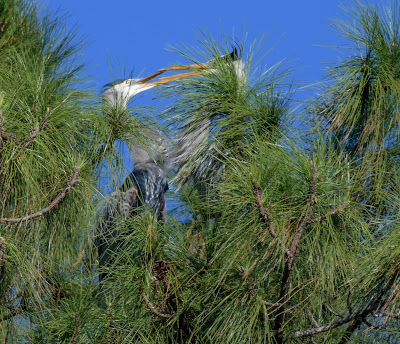 I call this kissing.  They touch beaks and close them rapidly that makes a very loud snapping sound. 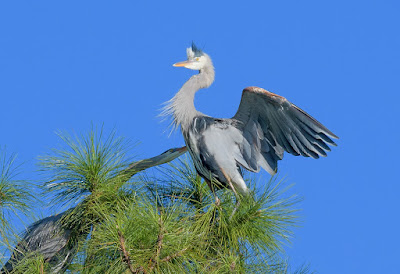 The pulmage is erectile.  The male (right) is being poked by the female (below left) 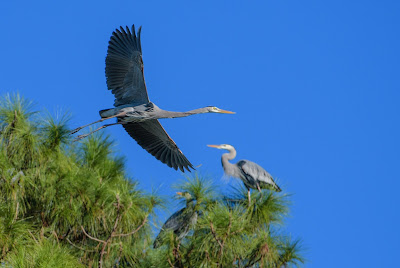 Male from a nearby nest flies away 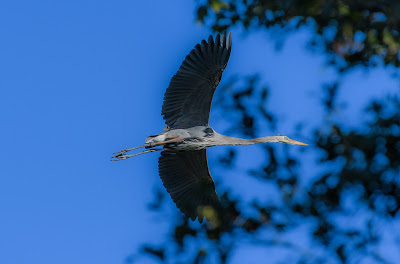 Flying into the forest 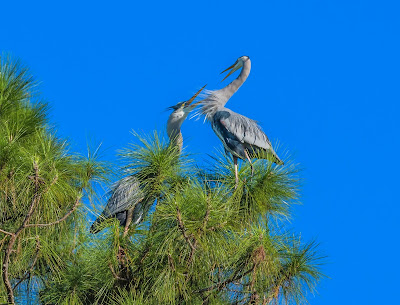 The male and female engage in what seems to be kissing 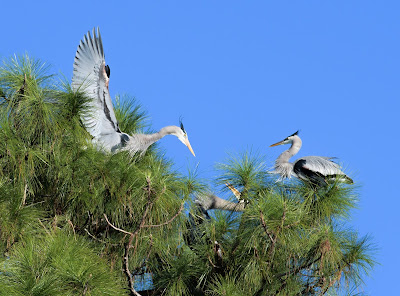 An intruder (left).  The female rears back while the male (right) watches 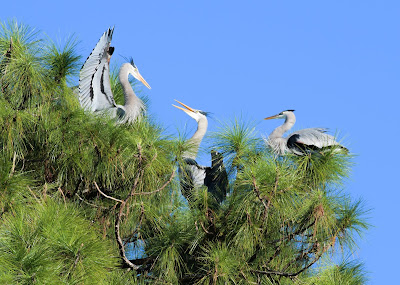 The female lunges at the intruder, who displays all his makeup 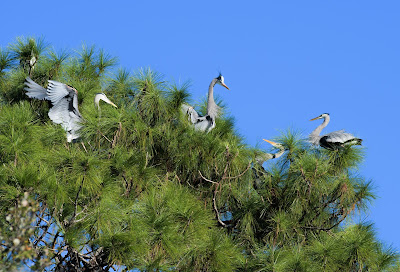 Onlookers watch this back and forth 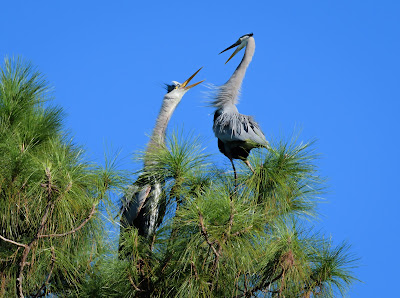 The female is back to kissing her boyfriend 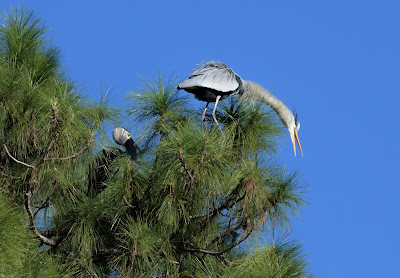 There is a disturbance below and the male looks down 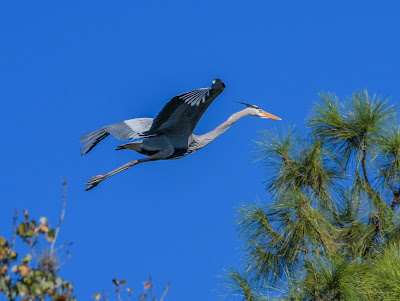 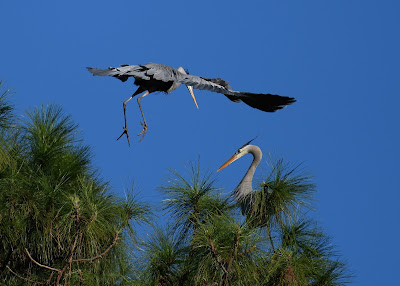 I think this is the female returning

Always on the alert.  Here a red shouldered hawk flies over the colony 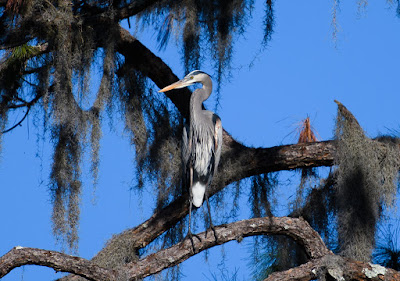 In another tree, a heron seems to be the lookout 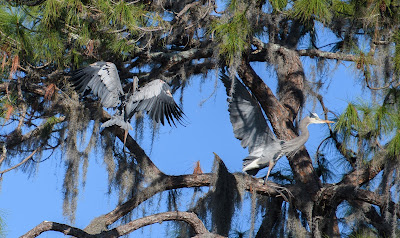 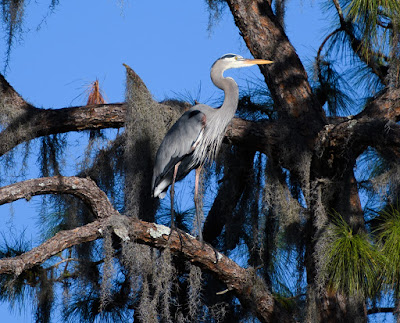 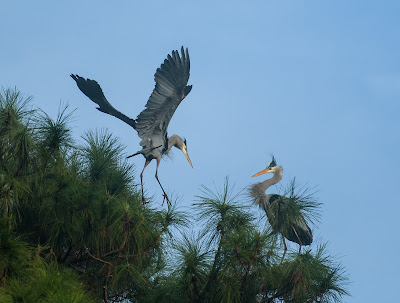 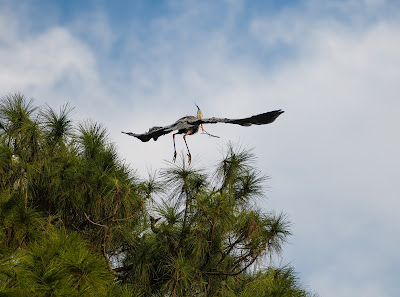 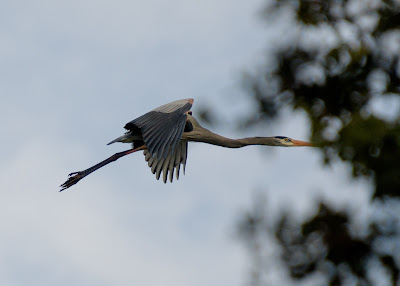 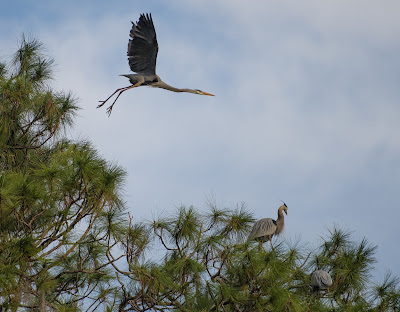 An intruder approaches the couple - and so the story repeats