Last December 4, I saw a Great Blue Heron carrying twigs to a tall pine tree.  I thought this was the beginning of the mating season.  Nest building followed by courtship and pairing to copulation, then incubation and finally birth of new chicks.  This morning, I heard the repetitive "crying" of a great blue heron chick.

Today, the female (I assume this is the one glued to the nest) was harvesting pine needles. I typically take shots of the herons coming and going around their nest and watching the pine needle harvesting was interesting.    Later I noticed that in one photo, you could see the fuzzy head of the chick. 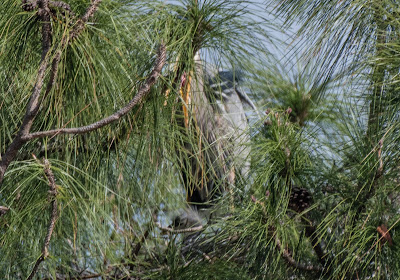 Mom yawning (long night with the chick) and the grayish fuzzy head of the chick just above the top of the nest. 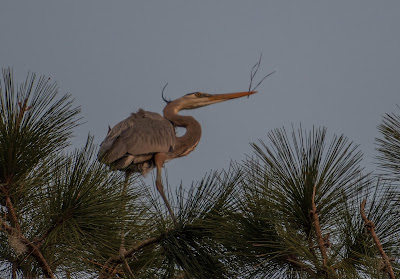 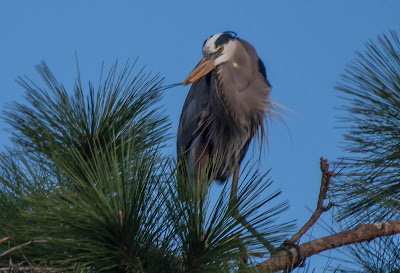 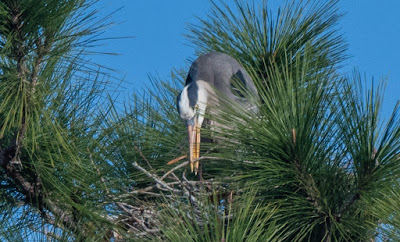 Adjusting the twigs of her nest 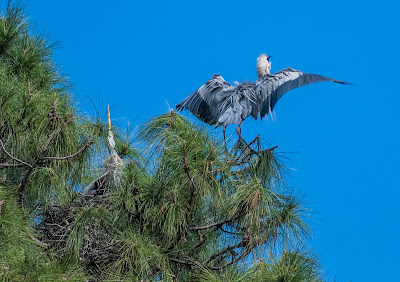 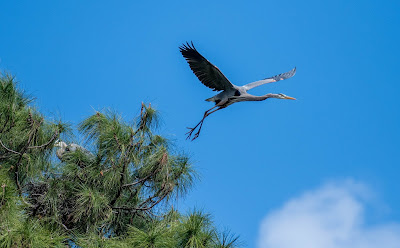 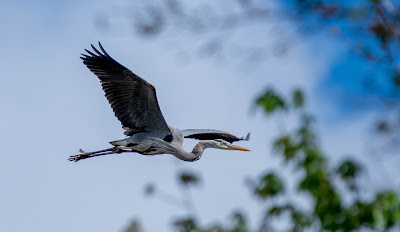 On a mission to find small fish for the chick